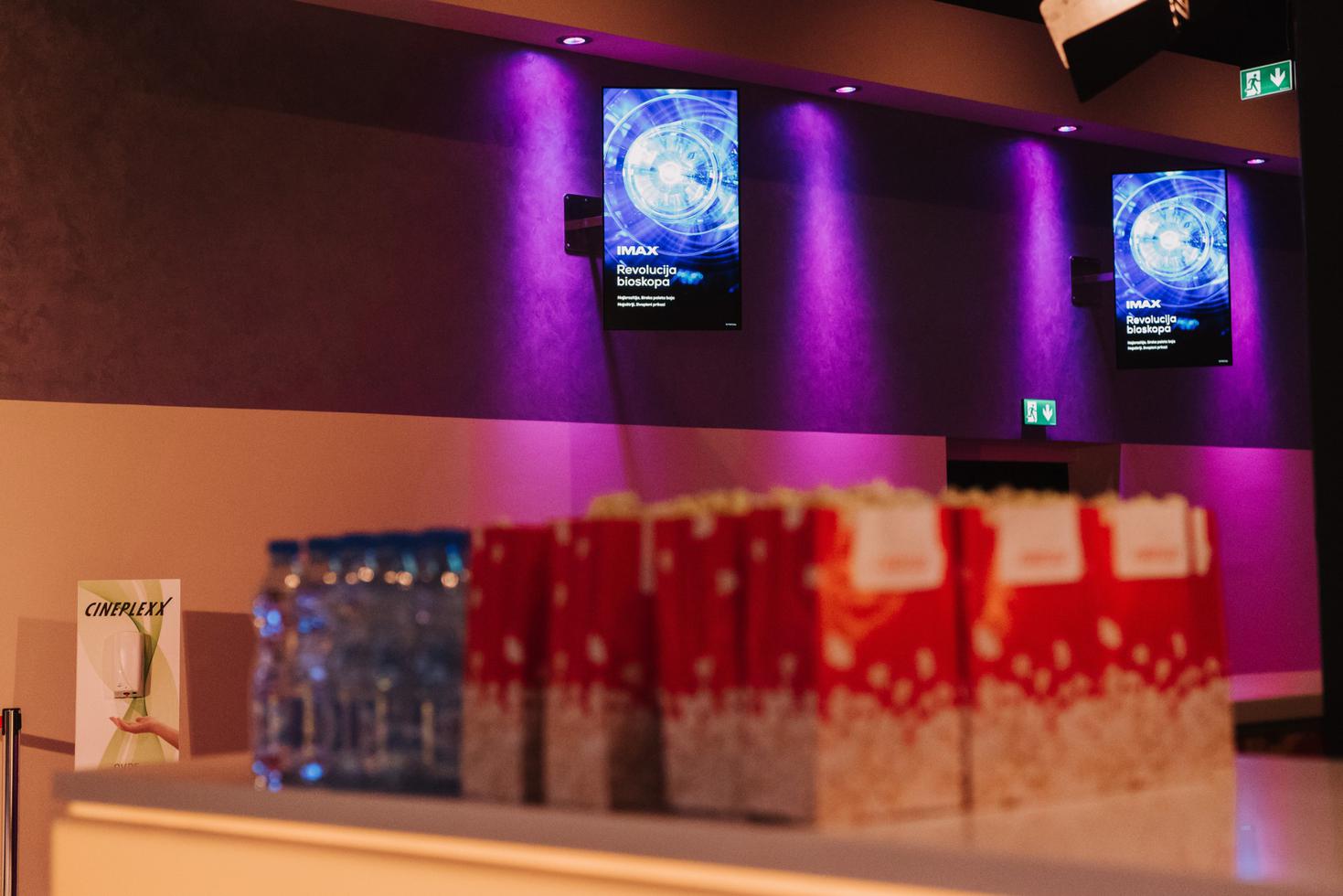 The first movie screening for Belgrade audience was held at the end of the 19th century in the "Golden Cross" cinema. Cinematography has come a long and exciting way since then, and the culmination of movie technology has been presented this spring to visitors of the most modern Cineplexx cinema in Galerija Belgrade, introducing them to the IMAX® world.

IMAX® is the most advanced cinema technology, which includes a patented new generation laser projector and a specially designed sound system. The impressive technical characteristics of this system, however, remain in the background from the very moment when the first scenes of a blockbuster are shown on a screen the size of two tennis courts. The picture is crystal clear and perfectly sharp, the color spectrum is bigger than ever before, and the powerful sound that spreads evenly through the cinema will seduce you so that you think you are a part of the exciting scenes. The emphasized contrast contributes to the vividness and depth of the picture, while each sound effect is brought to perfection. The magic of IMAX® technology is further enhanced by the stadium seat layout, where each seat provides an ideal viewing angle. All movies that the audience will be able to watch in the IMAX® hall of Cineplexx Galerija Belgrade are adapted to the new system.